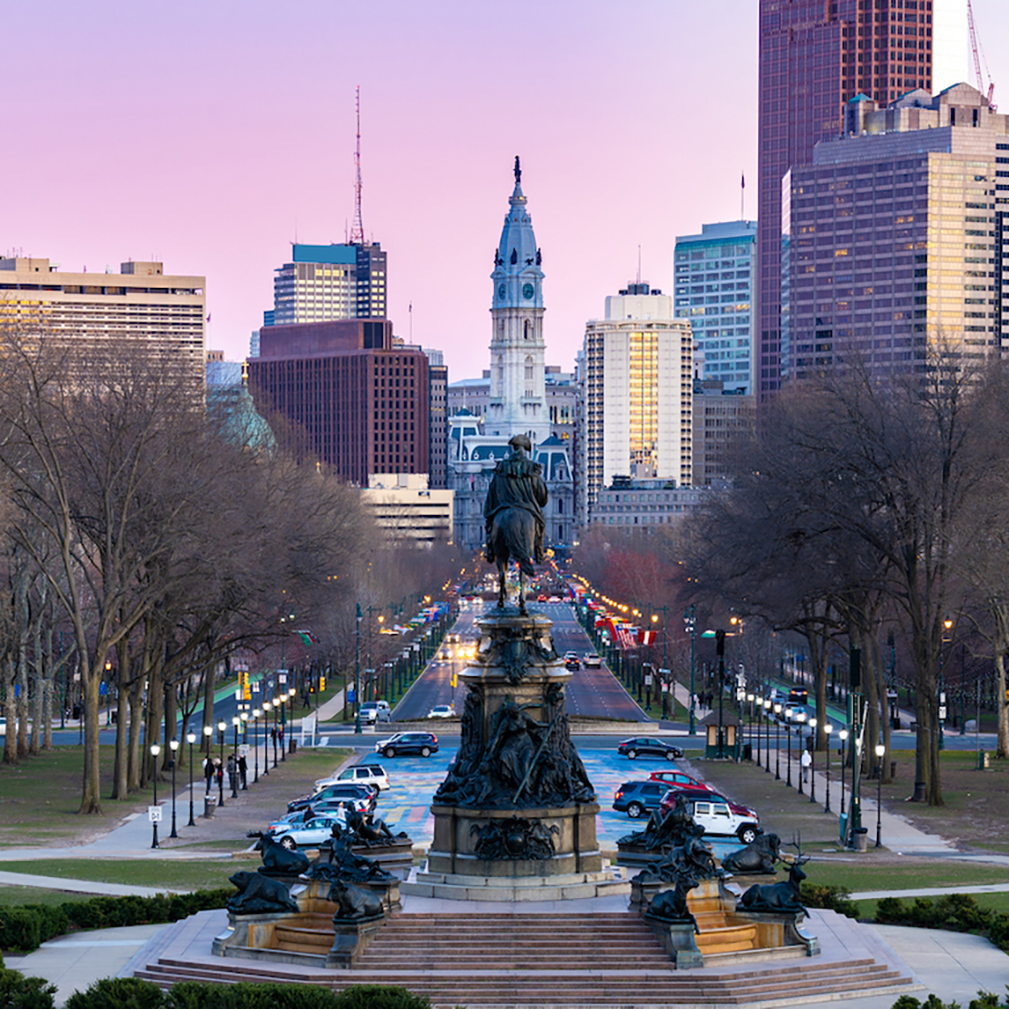 Federal government jobs in Philadelphia are plentiful as many government agencies either call the city their home or have a branch office in Philly. A few of these top agencies include the U.S. Postal Service, the Department of Defense, and the U.S. Department of Veteran Affairs. The city is also home to some of the most iconic American historical sites such as the Liberty Bell, the Betsy Ross House, the National Constitution Center, and the Benjamin Franklin Museum, to name a few.

The U.S. Mint also calls Philadelphia home. Some services provided by the facility in Philly include minting circulating coins, commemorative coins, and medals. In addition to a full staff, the Philadelphia Mint also employs the exclusive group of sculptor-engravers who are responsible for designing and creating models for the production of all the coins and medals used in America. The United States Mint Police is also a separate branch of federal law enforcement and is responsible for protecting both the U.S. Treasury and the U.S. Mint. They are also responsible for safeguarding all the employees and visitors to the U.S. Mint as well as more than $100 billion in gold!

More of the Best Employers in Philadelphia

The University of Pennsylvania is another one of the city’s top employers with more than 18,000 faculty and staff. Plus, the University of PA Health System employs an additional 23,000 people, which brings us to one of the biggest employment sectors in Philly outside of the federal government: healthcare. Several hospitals, including the Children’s Hospital of Philadelphia and the Thomas Jefferson University Hospital, top the list, and support services such as Independence Blue Cross bolster the healthcare employment numbers even more.

In addition to medical and educational institutions, the top industries for Philadelphia employers include restaurants, individual and family services, elementary and secondary schools, and legal services. State and local government agencies are also among the top employers for the city.

Philadelphia also appeared near the top of the list of ten regions for venture activity, with more than $1.4 billion in venture capital invested in the region. Many of these deals were in the life sciences and software sectors, two areas with long-lasting potential in terms of development and employment. In addition, more than 60 percent of the invested capital was within rounds of $25 million or more. Some experts suggest this points to a maturing ecosystem in the city that made room for a core of companies capable of bringing in large sums of cash.

The Impact on the Philly Housing Market

An interesting aspect of the Philly employment market is that only 20 percent of the top 20 employers are for-profit companies; the rest are government agencies, educational institutions, and other not-for-profit companies. What this means is that it’s unlikely for Philly to experience the explosive growth of cities such as Dallas, Houston, and Phoenix as growing profits are typically the driving factor behind expansive growth.

On the other hand, what the city lacks in extreme growth, it makes up for with stability. With so many educational, government, and healthcare jobs in the city, many funded by long-term, federally backed contracts, it’s unlikely for the area to experience a lack of employment opportunities any time soon. This leads to a steady housing market for both renters and buyers alike, and this includes the investors who purchase homes for renters.

On the flip side, the quietly growing sector of venture capitalists giving new ideas and opportunities a chance to thrive in the city point towards a potential future of growth, and the city is ready. With a highly developed and utilized public transit system and a strong network of hospitals, universities, government agencies, and other support systems already in place, scaling up to accommodate a population boom is only missing one critical element: housing space. To truly be competitive on a national scale and provide rental housing for an influx of people, single-family lots will have to be rezoned and rebuilt into large, multi-family buildings.

Pros and Cons of Living in Philadelphia

In many respects, it’s already getting hot in Delaware County, so the city of Philadelphia is the perfect place for long-term investors looking to gain a foothold. With an incredibly stable job market through a steady base of healthcare and government jobs and the reliable group of renters that go along with it, the risks are generally low for investors who have the patience to wait for the possibility of a larger payout or simply want a steady, dependable income.

Ready to get started in your search for a Philadelphia property? Contact our team at Bay Property Management Group Philadelphia today!

Enjoy the latest news about BMG!