Located in the southern part of Harford County, Maryland, Edgewood is home to a growing population of residents that value the history of their town, their residential neighborhoods, shopping centers, industrial centers, and business parks.

The town of Edgewood, along with its neighbor Aberdeen, is highly recognized for being an area of testing by this nation’s armed forces during WWI.

Historically a rural agricultural area until the onset of war, for much of the latter 20th century this city of 25,000 residents has boomed into a welcome suburban to raise families and enjoy the city life as well.

With an easy commute out to larger cities such as downtown Baltimore via Interstate 94, U.S. Route 40, and MD Routes 7 and 24, Edgewood locals have no problem finding employment. In fact, transportation is so convenient in Edgewood, even the public bus service, Harford Transit, connects to places such as Baltimore, Maryland, Washington, D.C., and Martinsburg, West Virginia.

This growing town boasts a number of restaurants, hotels, local parks, and more.

If you are looking for rental properties where there is a perfect balance between city life and suburbia, Edgewood, Maryland may be the place for you to start investing right now

Top benefits of owning an investment property in Property in Edgewood, MD

Owning an investment property will yield you sizeable returns and come with more added benefits than financial investments such as stocks, bonds, savings accounts, and retirement funds.

Here are some of the benefits that come with investing in a rental property, specifically in Edgewood, Maryland: 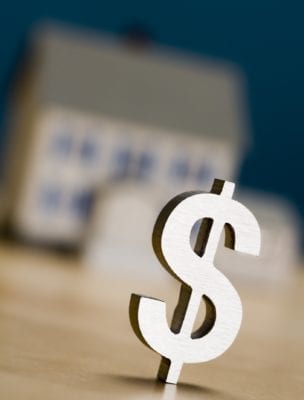 Those investing in rental properties have the ability to collect monthly income from their tenants without doing much legwork, if they do it right.

While you can certainly manage your rental properties alone, if you want to make the most of your investments you should consider hiring a professional Harford County property management company to do even more of the work for you.

Property management groups are helpful for a number of reasons:

At Bay Property Management Group  Harford County your Edgewood rental properties are managed efficiently and professionally, leaving you with the peace of mind that everything is being handled properly.

Dedicated solely to property management, Bay Property Management Group  prides itself on its approach towards customer service and is broker-owned which is an added bonus in Maryland.

Here are some of the things you can expect, should you choose to hire Bay Property Management Group for all of your management needs:

At the end of the day, you want to know that your investment properties are in good hands. Though there are many property management companies to choose from that service the Edgewood area, none compare to the level of service Bay Property Management Group Harford County can provide you.